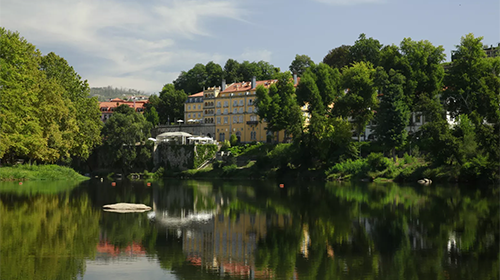 With summer in the air, starlight dinners return to Casa da Calçada

With the warm summer nights, the starry sky of the romantic city of Amarante invites you to dine al fresco. And that is the proposal of Casa da Calçada Relais & Châteaux, that brings back to the table the “Starlight Dinners”. To give more brightness to this experience, the four scheduled nights count with the signature cuisine of chef Tiago Bonito, who prepares a special four-course menu from the restaurant Largo do Paço, holder of a Michelin star. 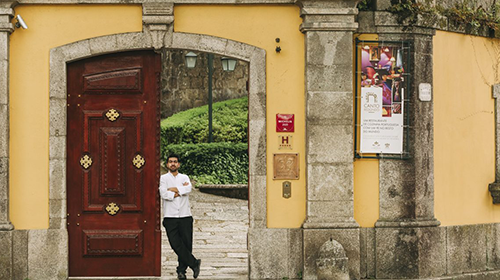 This menu by chef Tiago Bonito invites you on a gastronomic journey from the north to the south of Portugal, reading the traditions, richness and diversity of local products, which were the source of inspiration for the creation of new experiences and innovation present in his gastronomic proposals for this summer.

Tiago Bonito, chef at Largo do Paço since 2017, recreates the recipe for roast beef, à Brás with leeks, celery and walnuts. Real by Casa da Calçada: from Amarante with love (and flavor)

Opened at the end of last year, on Rua do Bonjardim, right between Rivoli and Conga, Real by Casa da Calçada presents a menu that bets on three fundamental pillars: Portugal, seasonality and proximity. 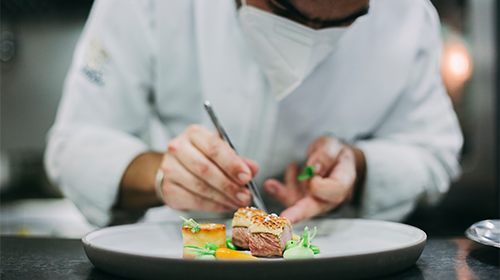 The restaurant at Casa da Calçada, in Amarante, a regular presence in the Michelin Guide – it was distinguished for the first time in 2004 and has only had a one-year break since then – renewed its Michelin star with its signature cuisine by chef Tiago Bonito. 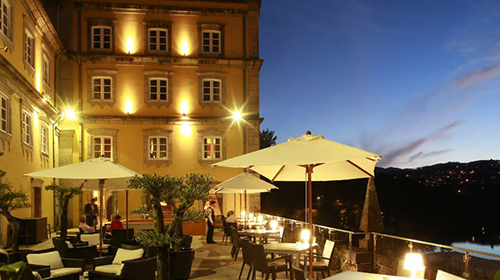 Summer is the ideal pretext for the restaurant at Casa da Calçada Relais & Châteaux to move to the terrace overlooking the center of Amarante. Dinners take place on July 2nd, August 6th and 20th and September 3rd.

7 days, 7 escapes: from snacks to tours, there’s sardines and beer to liven up

More than 20 national and international chefs gathered in the same square to cook dishes inspired by the cuisine of the region and its products (…) Among the others are Tiago Bonito (Casa da Calçada, Amarante) (…) 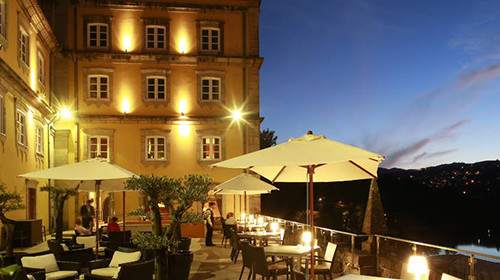 The hot summer nights are already making themselves felt. To enjoy them properly, Largo do Paço, a Michelin-starred restaurant at the Casa da Calçada Relais & Chateaux hotel, in Amarante, will organize the well-known starlight dinners. The next ones are scheduled for August 6th and 20th and September 3rd. 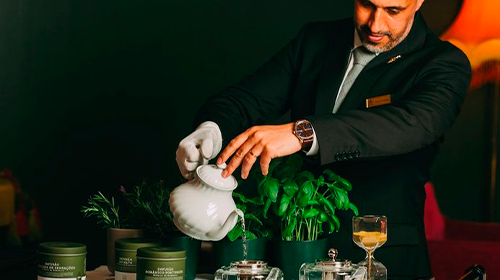 Brunches, terraces, photography and a trip to the zoo: 12 things to do on the weekend

To eat Portugal with a single mouthful: chef Tiago Bonito was once again able to receive diners and shine the Michelin Star at his Largo do Paço, the restaurant at Casa da Calçada Relais & Châteaux, in Amarante. 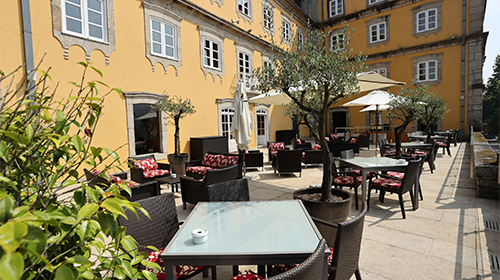 Looking for a place to relax? Forbes suggests the best terraces and terraces in Portugal

Located in Amarante, Casa da Calçada has an elegant terrace facing the city. The reopening of this space, and the hotel, is scheduled for the end of April. The two restaurants have outdoor terraces. 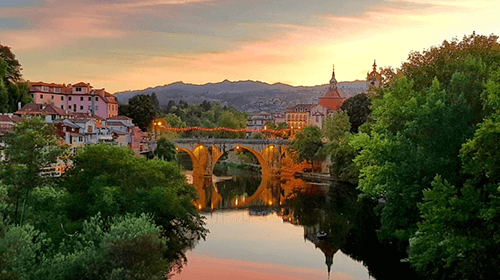 As a very exceptional treat, I’d cap things off with a visit to Largo do Pac?o. In the Casa da Calçada hotel, a stately pile right on the river, it’s one of Portugal’s best restaurants outside Lisbon 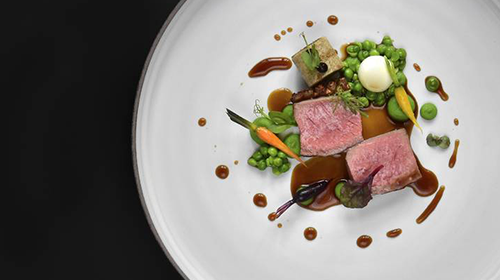 Largo do Paço, in Amarante, has a new letter and will pick you up at home to prove

The new tasting menus at Largo do Paço, a Michelin star restaurant installed at Casa da Calçada Relais & Chateaux, in Amarante, have been available since the beginning of July. With “fresh and authentic flavors”, as read in a statement, the dishes developed by the team led by Tiago Bonito reinforce “its identity as an original and contemporary cuisine, with great connection to traditional Portuguese cuisine”. 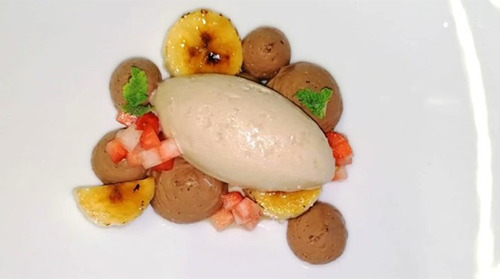 We are a month from the beginning of summer, but we just feel like ice cream and recipes that we can make with them. Yes, because taking out of the box for a bowl and eating with a spoon is a thing of the past. Chef Tiago Bonito, from the Michelin-star restaurant Largo do Paço, in Amarante, created this chocolate mousse with an author’s touch. 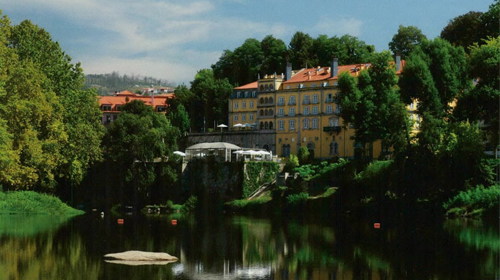 Hotels that are Home

Romantic, historic, elegant, comfortable. Casa da Calçada is worth not only for the rooms and suites, but also for the gardens and pools, for the views and flavors. This is a well kept secret in the North. 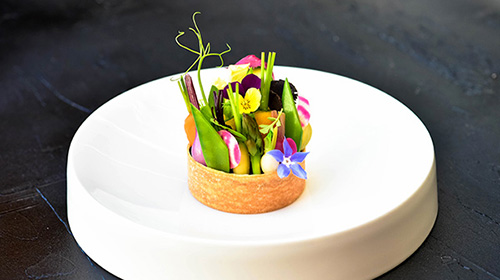 The star of Amarante

“Chef Tiago Bonito began at Largo do Paço last year and has managed to keep the star that has distinguished this restaurante, set in Hotel Casa da Calçada Relais & Chateaux in Amarante, for many years. In 2019, the star remains.”

“In 2017, Tiago Bonito took over the kitchen of Largo do Paço in Amarante. For now, everything has gone for the best for the chef who, despite his Coimbra roots, spent much of his professional life in the south; in the Algarve. It is no coincidence then that he has a special passion for the sea and for everything it provides.” “Fine Dining at Largo do Paço”

“In today’s world of gastronomy, less is increasingly more. Less production, more quality in the field. Fewer ingredients, better taste of each one. To speak of Tiago Bonito and of Largo do Paço is to speak of the reflection of this premise.” 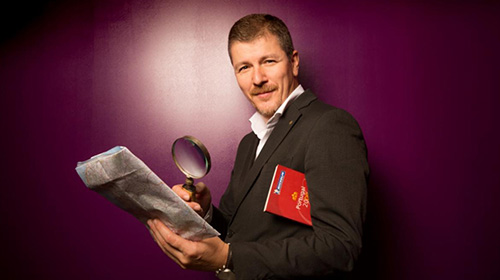 “The B side of the stars”

“When the parade of plates begins, a symphony of perfection, much of the work is left behind. And many people. Michelin stars (awarded on the 21st in Lisbon) are the fruit of the labour of whole teams that go beyond the chefs. We went to meet the less obvious faces of this Olympus of gastronomy in Portugal: today, the red carpet is theirs.” “Tiago Bonito is the Executive Chef at Largo do Paço, the 2004 Michelin starred restaurant which honourably occupies the charming hotel Casa da Calçada, in Amarante. The exquisite cuisine of Largo do Paço is made of stories, memories of flavors, of great and meticulous combinations.” 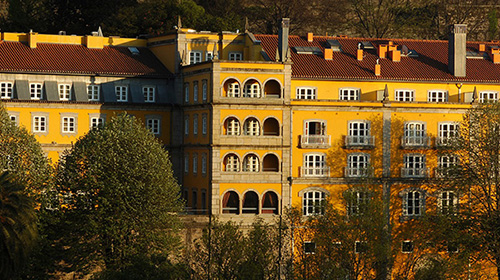 Casa da Calçada is the palace of Amarante

“A XVI century palace houses one of the most traditional and reputable hotel entities in Portugal. We’re talking about Casa da Calçada hotel. An accommodation nestled in a paradise that hides one of the temples of Portuguese (‘lusa’) cuisine.” 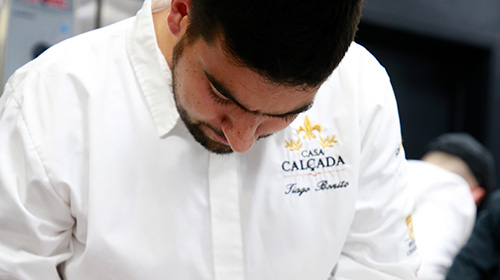 “Occupying a XVI century palace overlooking the Tâmega River, the hotel Casa da Calçada Relais & Chateaux, is an idyllic refuge offering memorable experiences just a few minutes from Porto. To its famed restaurant Largo do Paço, distinguished with a Michelin star, comes the addition of Canto Redondo, a more casual space open since last July and both under the command of the talented chef Tiago Bonito.”

“A true kitchen” or “True cuisine”

“5 things you should know about the kitchen of Tiago Bonito” 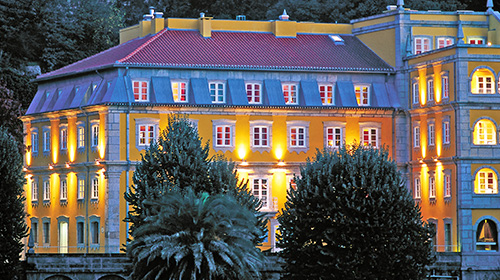 “Several Michelin starred chefs originating from Relais & Chateaux hotels in all 4 corners of the world are travelling to Amarante. “Chef d’Ouevre is an expression of French origin that means ‘an artist’s masterpiece’ and that is exactly what Chef Óscar Velasco and I are preparing for the 4th of August” says Tiago Bonito, chef of the Largo do Paço restaurant and host of this initiative.” 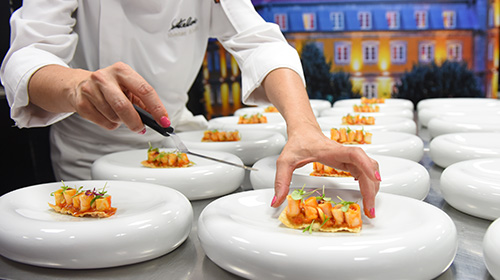 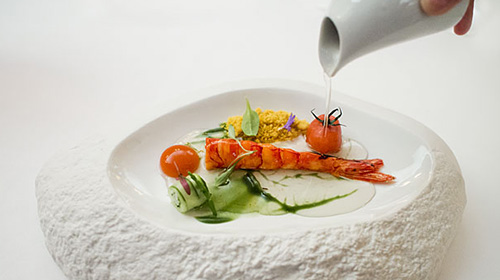 “A gastronomical journey to Largo do Paço”

“The combination of flavours and vibrant colours created by Tiago Bonito is a kind of ode to Summer. At the same time, the new menu denotes the irreverence and creativity of the restaurant’s chef at the charming hotel Casa da Calçada in Amarante” “What to do for a day in Amarante”

“Amarante is the city of love, of confectionary, and of art. Here is an itinerary with everything you can do in one day in this riverside city. The festival MIMO, which takes place from the 20th to the 22nd July, is a good excuse to visit Amarante. There is music, cinema, poetry and activities for the younger ones. But that isn’t the only reason.”

“If a renowned chef charms many people, two enchant many more. The executive chef of the Michelin starred restaurant at Largo do Paço, Tiago Bonito, launched the challenge to Ricardo Costa: to create a “four-handed” menu. The executive chef of the Yeatman Hotel’s Michelin starred restaurant didn’t hesitate to accept and will be the first guest at this unprecedented gastronomic event.” 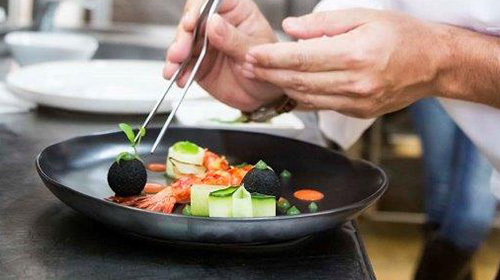 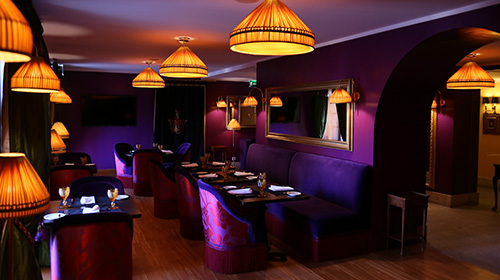 “Right next to the Michelin starred restaurant, sharable comfort food is being served up. Despite the exquisite ambience of the space, with an abundance of art work, purple walls and classic armchairs, we almost seem to be mistalen in the room. But there is an explanation. The perks of a journalist’s life. Besides the space, we also get to know the new menu prepared by Tiago Bonito, the Michelin starred chef also in command of the Largo do Paço kitchen next door.”